Well, I'm a couple weeks late, but thought I'd post a few things about our Gender Reveal Party.

We held it at Brandon's parent's house.  They have a great yard, which was perfect for an outdoor party.

The theme for the party was "Dirt & Worms or Glitter & Perms."
To go with the theme, I made a pasta salad to look like a perm with bows in it, and my mom made a Dirt Dessert. 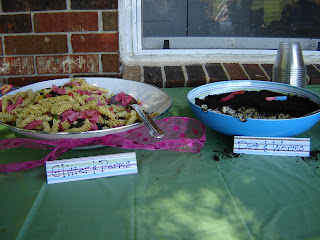 As people came in, they voted if they thought it was a boy or a girl.  Then, they chose the corresponding colored "L" (for our last name) to wear for the remainder of the party. 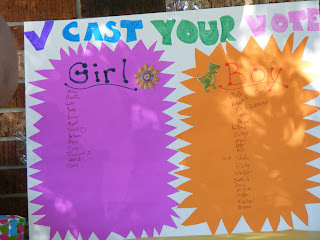 After everyone had food, we played a little game.  We went through different wive's tales to see what they predicted.  Once we finished that game, we went on to the reveal. 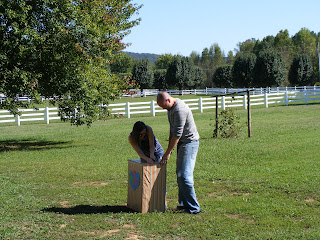 We filled this box with balloons to reveal the gender.  I didn't feel great about the littering part, until I found out this.  Did you know latex balloons are biodegradable?! 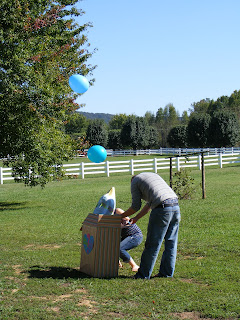 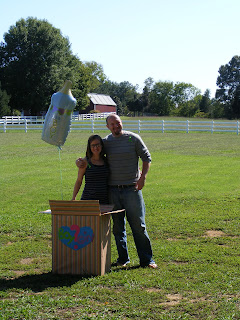 Everyone who guessed right got to choose from some awesome prizes.  They either got a sheriff's badge or fake hillbilly teeth.  Everyone got a goody bag of worms, since it is a boy! 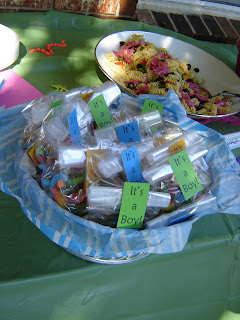 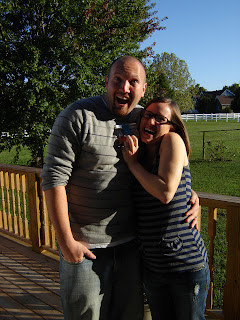